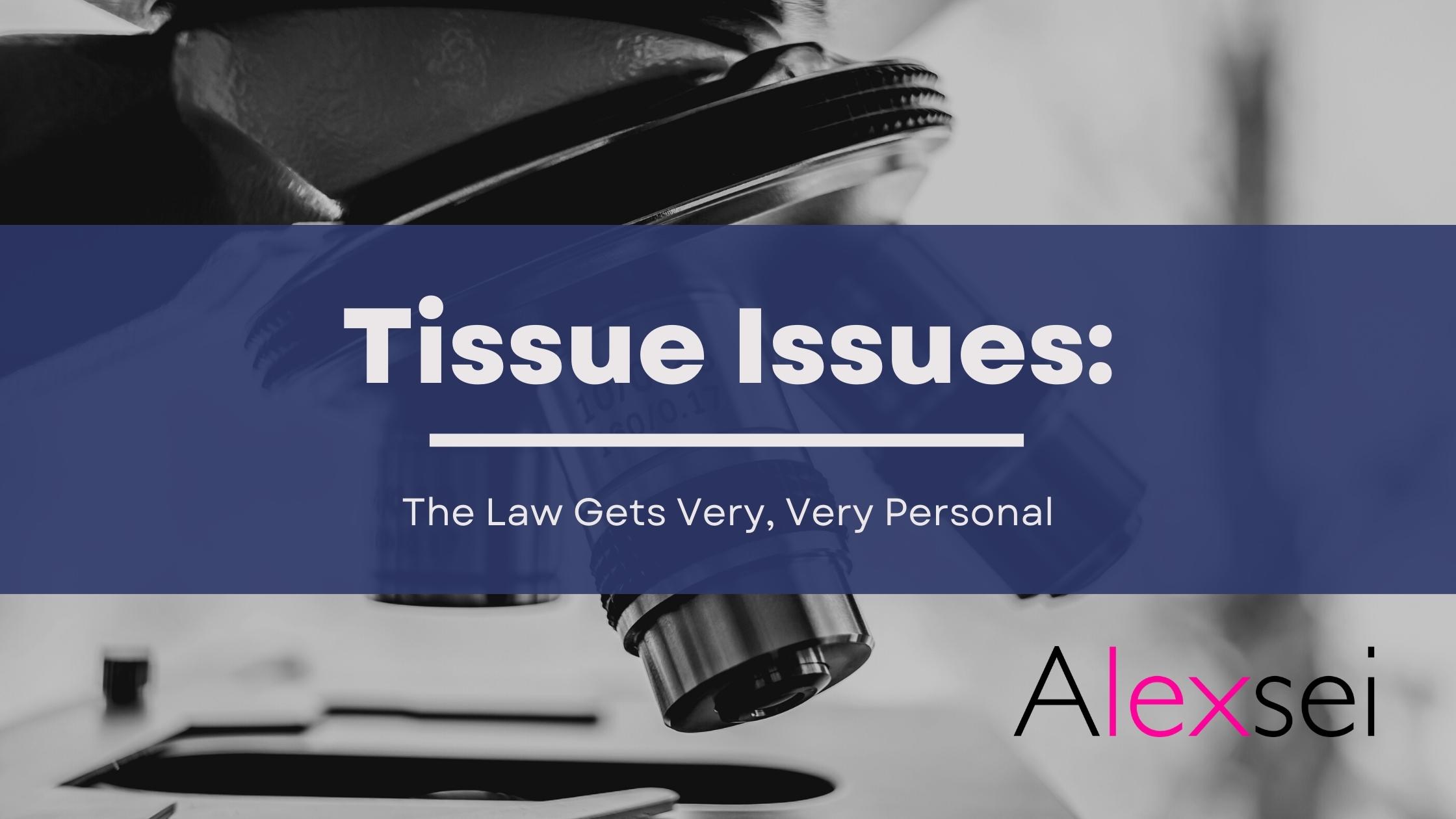 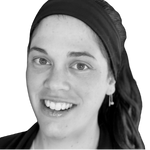 In 1951, a young, Black woman by the name of Henrietta Lacks went to the hospital to be treated for unexplained vaginal bleeding. At Johns Hopkins, in Baltimore, doctors discovered that she had a tumour on her cervix. The tumour was biopsied, and Henrietta Lacks was diagnosed with cancer and treated. She died of cancer later that year.However, that was not the end of Henrietta Lacks. In the early 1950’s, researchers were struggling to conduct experiments on human cells, but couldn’t figure out how to coax them into staying alive and reproducing outside of a human body. Like many other poor, Black patients treated at Johns Hopkins in the 1950’s, a section of Henrietta Lacks’ biopsied tumour was sent to a nearby lab without her knowledge or consent. At the lab, Dr. George Gey discovered that, unlike any other human cells, Henrietta Lack’s tumour cells grew and reproduced in petri-dishes.Henrietta Lacks’ cells, named “HeLa”, were initially shared freely between researchers across North America. HeLa cells have been instrumental in the development of the polio vaccine, IVF, and many cancer treatments, and they continue to be used in many research laboratories worldwide. As more cell lines were developed, (in part, using the knowledge gained by working with HeLa cells,) companies began selling cell lines, including HeLa cells.¹ Lawyers, can you see where this is going?

On October 4, 2021, exactly 70 years from the date that Henrietta Lacks died, the Lacks Estate filed a lawsuit against Thermo Fisher, one of the companies that sells HeLa cells for profit.² In the lawsuit, the Estate argued that by selling their mother/grandmother’s cells for profit, Thermo Fisher has been unjustly enriched by the unlawful conduct of Johns Hopkins in taking Henrietta Lacks' tissue without consent. The Estate argued that the profits from the sale of HeLa cells should be disgorged.It remains to be seen how the courts will view the Lacks Estate’s claim. Since the 1990’s, courts in the US and Canada have been grappling with questions surrounding the ownership of human tissue and tissue derivatives. The decisions raise fascinating practical and academic questions and challenge our ideas about the basic tenets of property law and the balancing of rights.

The California case of Moore v. Regents of University of California, 51 Cal.3d 120 (Cal. 1990) parallels the story of Henrietta Lacks. In 1976, John Moore was diagnosed with hairy cell leukemia. After medically necessary surgery, tissues removed during the surgery were used to create a human cell line for research purposes. When Moore discovered the existence of the cell line, he argued that the use of his tissue for this purpose was conversion.Moore claimed that he continued to own the tissue that was used to derive the cell line following its removal, at least for the purpose of directing its use, and that the unauthorized use of his tissue was an interference with possessory and ownership interests in personal property. The Court ruled that the tort of conversion did not provide a valid cause of action to his claim, in part, because Moore did not retain an ownership interest in the tissue once it was removed from his body.

There are no “cell line” cases in Canada, however, in Piljak Estate v. Abraham, 2014 ONSC 2893, the Ontario Superior Court ruled that excised human tissue belongs to the institution or hospital where it was removed and not to the patient from whom it was removed. Despite this rule of ownership, the Court stated that patients should be allowed access to their removed tissues.While disputes about cells lines and surgically removed tissue are primarily about money,³ disputes about the ownership of reproductive material raise difficult questions about emotional and ethical issues.

In J.C.M. v. A.N.A., 2012 BCSC 584, two female partners separated after having two children together. In order to grow their family, the couple had purchased sperm straws from a single sperm donor. Thirteen sperm straws remained in their possession upon separation. The couple neglected to address the ownership of them in their separation agreement. After separation, one of the two women began a spousal relationship with a third party. She wanted to use the sperm straws to have a child with her new partner so that the child of that relationship would be genetically related to her other children. Her former spouse refused to grant permission to use the sperm straws. The British Columbia Superior Court ruled that, although different from property such as a house or car, the sperm straws should be treated as property and should be divided between the two former spouses.

The issues regarding ownership of reproductive materials become significantly more complicated when two people’s tissues have already been irreversibly combined. In Szafranski v. Dunston, 2015 Ill. App. 122975 (Ill. App. Ct. 2015), a man and a woman were dating when the woman learned that she had cancer and that treatment would likely cause infertility. The woman underwent an egg retrieval procedure, and, using sperm that her boyfriend donated, she created pre-embryos that were placed in storage. The couple later broke up. The boyfriend did not want his former girlfriend to use the pre-embryos to have a child. The Court awarded the use of the embryos to the girlfriend. The decision was made on the basis that the couple had an oral contract that allowed the girlfriend to use the pre-embryos without the boyfriend’s consent. The Court also noted that, in the alternative, the girlfriend’s relative interest in using the pre-embryos outweighed the boyfriend’s relative interest in not using the reproductive material.

In W. (K.L.) v. Genesis Fertility Centre, 2016 BCSC 1621 (“Genesis Fertility Centre”), a married couple had planned to have children together. However, throughout their relationship, the husband remained very ill, and they delayed their plans to grow their family. The husband underwent a sperm retrieval procedure, and his sperm was stored at a sperm bank. The husband died before the couple had children. The wife petitioned the British Columbia Superior Court for access to her husband’s sperm in order to conceive a child. The Court determined that the husband’s rights of use and ownership in the stored sperm prior to his death made it “property” and that this sperm passed to his wife, (by intestacy,) upon his death.

The case of In re Zhu, 2019 N.Y. Slip Op. 29146 (N.Y. Sup. Ct. 2019) takes the ethical dilemmas from Genesis Fertility Centre a step further. In this case, a 21-year-old man was killed in a ski accident. While on life support to prepare his organs for donation, his parents petitioned the New York Supreme Court to allow them to retrieve his sperm. The Court allowed the retrieval and later heard arguments about whether the parents were allowed to use the sperm for reproductive purposes. The Court ultimately granted the parent’s application for possession and control over the disposition and use, (including for reproductive purposes,) of their deceased son’s sperm.Since Henrietta Lacks’ death in 1951, disputes about ownership and use of human tissues and tissue derivatives have grown increasingly complex. As the common law trudges forward and, (ever so slowly,) follows behind changing societal norms and technological advances, courts are increasingly being asked to grapple with disputes about the most basic human right – the ownership and control of our own bodies.¹ For more information about Henrietta Lacks and the development of HeLa cells I highly recommend The Immortal Life of Henrietta Lacks by Rebecca Skloot.² https://www.courthousenews.com/wp-content/uploads/2021/10/henrietta-lacks-thermo-fisher.pdf³ In 2013, the HeLa cell line’s genome was sequenced and published. This raises serious privacy concerns for Henrietta Lacks’ children and grandchildren.

Carli is a Research Lawyer at Alexsei.