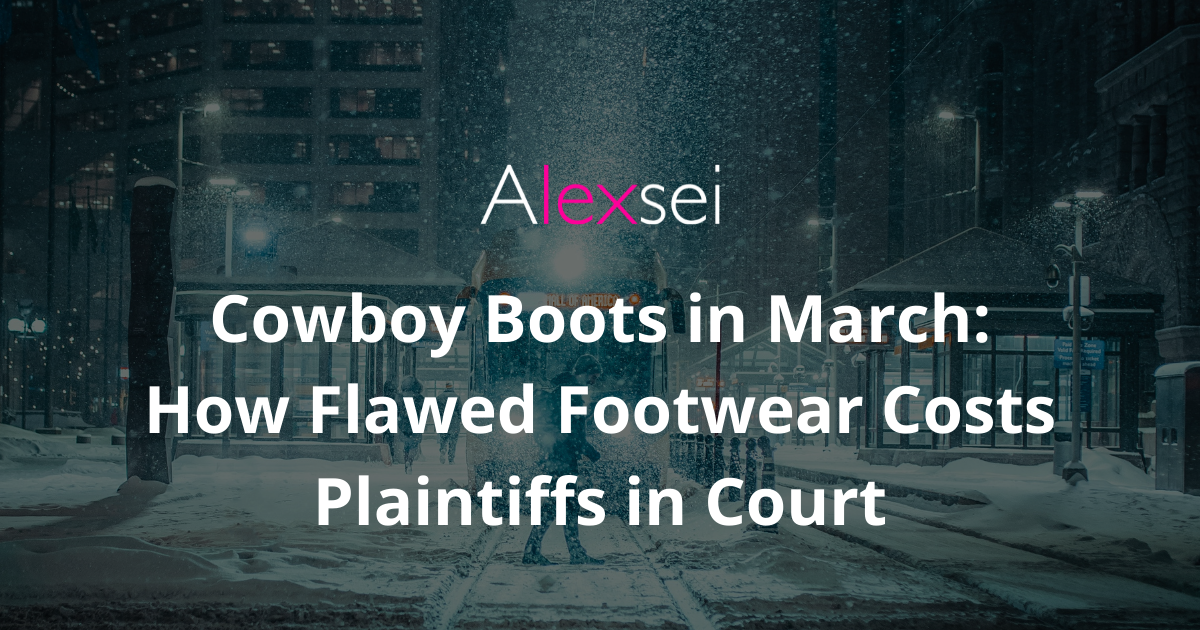 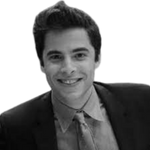 Winter is here and with it comes slippery sidewalks, icy driveways, and slushy storefronts. In other words, it’s slip and fall season. No doubt over the coming months, unfortunate souls will be limping to law offices across Canada looking for compensation. When discussing a winter fall counsel may ask what might otherwise be a strange question: what kind of boots were you wearing? The answer may result in a drastic reduction in potential damages as a result of a finding of contributory negligence.

[54] Contributory negligence can arise in three ways. First, the plaintiff's negligence may have been a cause of the accident in the sense that his acts or omissions contributed to the sequence of events leading to the accident. Second, although the plaintiff's negligence is not a cause of the accident, the plaintiff has put himself in a position of foreseeable harm. Third, as in seatbelt cases, the plaintiff may fail to take precautionary measures in the face of foreseeable danger: see P.H. Osborne, The Law of Torts, 3rd ed. (Toronto: Irwin Law, 2007), at pp. 104-105, and Lewis N. Klar, Tort Law, 3rd ed. (Toronto: Carswell, 2003), at p. 457.

In the context of a slip and fall, the question of footwear is germane to the third category of contributory negligence, a failure to take precautionary measures in face of foreseeable danger. The failure to wear proper footwear on an icy street can be compared to the failure to wear a seatbelt. The cases below demonstrate how much of an impact these footwear decisions can have on damages, in addition to providing a useful reminder to be safe out there this winter!As the temperatures drop each year, all Canadians are forced to accept that fashion has to take a back seat to safety. This is perhaps the moral of the 1984 New Brunswick Court of Queen’s Bench decision, Haché c. Centre de loisirs de Paquetville, 1984 CarswellNB 399, [1984] A.N.B. No. 334. The plaintiff slipped on ice in a community center parking lot after leaving a winter carnival in early March in Paquetville, New Brunswick. The plaintiff suffered a fractured ankle and general damages were assessed at $8,000 (or approximately $19,000 in 2021 dollars).Though ultimately no liability was found on the part of the defendant, Justice Boisvert stated that the plaintiff’s peculiar but stylish choice of footwear, cowboy boots with smooth soles and high heels, would have resulted in a finding of contributory negligence. The boots were no doubt a hit at the dance but were not evidence of “reasonable care” in the circumstances. Justice Boisvert ruled that the plaintiff’s proportion of liability was 50%:

[23] …Since that is how the situation stands, I cannot find that the defendant should have been aware of the ice. Moreover, as I have already pointed out, the plaintiff was wearing cowboy boots with high heels and smooth soles and therefore he has certainly not shown that he used reasonable care.

In Britt v. Zagjo Holdings Ltd., 1996 CarswellOnt 1186, [1996] O.J. No. 1014, 62 A.C.W.S. (3d) 70, the plaintiff fell in the defendants’ parking lot in London, Ontario. It was early February, and, though there had been no snowfall that day, the parking lot was not free of winter hazards. Justice Killeen found that the fall was caused by a patch of black ice that was impossible for the plaintiff to see in the circumstances. As with many cases of slips on commercial property, liability depended on the system the owners had in place to keep the property reasonably safe:

[14] In cases involving commercial properties of this kind, the question of liability inevitably turns on what kind of system the owner had put in place to meet the statutory duty to keep the premises reasonably safe. It is important to emphasize, as all the decided cases emphasize, that the owner is not the guarantor or insurer of the visitor's safety, and hence, does not have to set up a full-proof standard, nor does the owner's system have to be a model of perfection. The standard is reasonableness in all circumstances.

Of course, not all slips and falls involve cowboy boots or high heels. More mundane footwear, yet still unsound for the season, can also lead to a finding of contributory negligence. In Zaravellas v Armstrong, 2016 ONSC 3616, the plaintiff decided against wearing winter boots and wore his ordinary rubber-soled shoes to work in late December in Toronto. Unfortunately, the plaintiff slipped on the sidewalk on his way to the bus stop and fractured his humerus. A week before the accident, the city was engulfed in a severe snowstorm and the sidewalks were covered in a sheet of ice.The plaintiff failed to establish gross negligence on the part of the city and his claim was dismissed. Justice Akhtar ruled that his damages, assessed at $30,000, would have been reduced by 25% to reflect his contributory negligence. The plaintiff’s rubber-soled shoes were “unfit” for the treacherous conditions:

[178] As described previously, the plaintiff left his home on 23 December 2007 in full knowledge that a snowstorm had occurred a week earlier. He must therefore have been aware of the possibility of snow and ice on the walkways surrounding his home. That knowledge alone does not render the plaintiff contributory negligent: Waldick v. Malcolm, 1991 CanLII 71 (SCC), [1991] 2 S.C.R. 456 (S.C.C.).

In this case, however, the plaintiff chose to wear the same rubber-soled shoes that he would wear throughout the year. Those shoes, described in court as identical to those worn by the plaintiff when giving evidence, were plainly unsuitable for winter conditions. The plaintiff also described seeing a thick uneven layer of ice on the road but nevertheless decided to continue walking over that area. In my view, by choosing to wear shoes unfit to cope with icy weather conditions, the plaintiff failed to exercise reasonable care for his safety.

In Hawman v. Regina Exhibition Association Ltd., 1999 SKQB 123, the plaintiff fell in an arena parking lot after attending a hockey game in February in Regina. Though the defendants were found liable, the plaintiff’s decision to wear running shoes to preserve her leather winter boots, along with her failure to take extra care in the icy parking lot, reduced her damages by 60%! Justice Schiebel had this to say about her choice of footwear:

[64] The plaintiff is also familiar with the freeze and thaw weather cycles as she has been a resident of Saskatchewan all her life. The plaintiff knew that the freeze and thaw cycle was occurring on the day of her accident. Because of the melting conditions, she specifically chose to wear runners rather than winter boots to avoid water damage to her leather boots. The parking lot was well lit which enabled her to see the condition of the lot and instead of walking on the open area to get to her car she chose to cut through the parked cars where no doubt the lighting was not as good.

[65] REAL further submits that with her personal knowledge of the weather and of lot “D”, it was careless of the plaintiff not to take extra care in walking to her car and not to wear winter boots proper for the weather conditions.

[66] I accept REAL’s argument that the plaintiff did not exercise prudence or reasonable care on the evening of her accident. Her failure to take extra care based on her knowledge that lot “D” is never sanded and failure to wear proper footwear for the weather conditions and walking between the parked cars all contributed to the cause of her accident and injuries. I find the plaintiff 60 percent responsible for her accident and injuries and REAL and the Pats jointly and severally liable for the remaining 40 percent.

Let these cases be a reminder. Slip on some reliable winter footwear, and leave the cowboy boots in the closet until spring. Better yet: head somewhere tropical this winter, where the only ice will be found in a cocktail glass.

Jesse is a Research Lawyer at Alexsei.